The Ceremony of listing anniversary of CEEG and the launch of the “Blue Book of Vocational Education” was successfully held.
时间：2020-06-12

On 12th of June, The Ceremony of listing anniversary of CEEG and launch of the “Blue Book of Vocational Education” was successfully held in Hefei China. During the ceremony, The Blue Book, edited by CEEG and joint guided by China Association of Private Education, China Labor Association and Institute of Software, Chinese Academy of Sciences, was successfully launched. 20 new majors of New East Cuisine, Xinhua Internet and Wontone Automotive in 2020 was also announced during the ceremony. 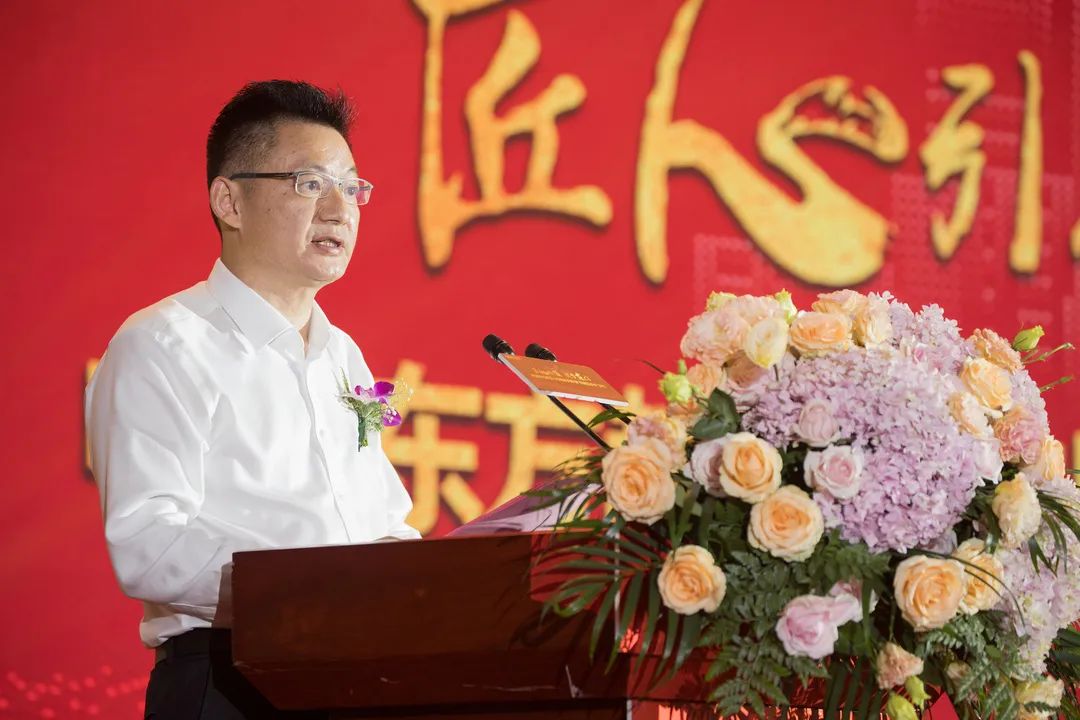 During the ceremony, Mr. Wu Wei claimed that listing is not the end, but the starting point for CEEG. In the future, CEEG will continue to deepen vocational education, actively integrate into major national strategies, such as "Made in China one by 2025", "Poverty Alleviation", "One Belt, One Road", and keep contributing to the society with brand new ideas, stable operation and better achievements.

Then, Yang Zhiming, along with other representatives made speech during the ceremony, highly appraised the contributions CEEG made on its way of vocational education, and give precious advises of future development.

Xu Shaobing, President of CEEG, is announcing new majors of 2020

After all, ceremony was successfully closed with warm applause.